For many of us, a cocktail is more than it’s constituent parts, carefully tempered by the hands and knowledge of a hoary barkeep.

Indeed there are drinks that reach across the continuum of time and space, providing a rosy tinted connection to an imagined perfect place.

While Ian Fleming’s shaken martini might have had the most significant impact on the wider drinking public, there is no author who so was both so prolific, or as detailed in his description as Ernest Hemingway.

The Daiquiri’s of La Floridita are well known, but only those who’ve spent days and nights with the Great Bear of a Man’s prose will have an appreciation for the range of beverages his characters were wont to consume and the obvious familiarity the author had for their production, flavours and intoxicating effects.

Which brings me to my point, a new addition to the shelves of intoxicologists everywhere, To Have and Have Another: A Hemingway Cocktail Companion by Philip Greene. 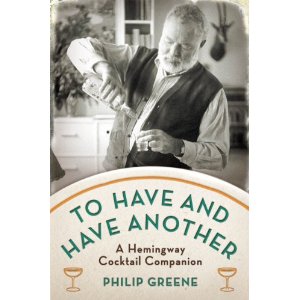 Mr Greene has an interesting day job as Trademark and Internet Counsel for the U.S Marine Corp stationed in a well known five-sided building in D.C.

Little wonder then, that he has been driven to drink, firstly as a founder of the Museum of the American Cocktail down in New Orleans and now as a published author.

The book is being met with rave reviews and grand acclaim, a thoroughly researched piece of prose and perhaps more so as a drinking experience as well.

You can grab a copy on the Amazon here. 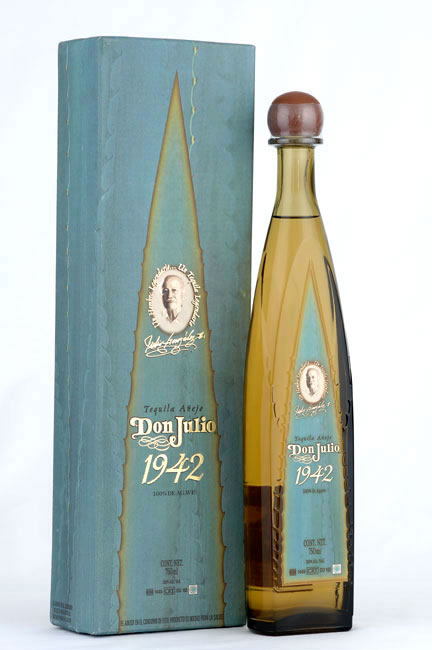 Possibly my favourite spirit in the world right now, Don Julio 1942 is a commemorative release for the brands founder, Don Julio González-Frausto Estrada.

Don Julio started making tequila at the tender age of 17, during 1942, hence the name of this variety. It is an Añejo tequila that has been aged for two and a half years after being twice distilled. It is finished in a pot still, which gives it a few unique and subtle characters, especially a vanilla note.

This is incredibly smooth tequila, designed to be sipped. It’s also mind-blowingly good in a Tommy’s Margarita.

I think the bottle is beautiful, but the plastic screw cap under that ball of wood does feel a little down-market for a couple a hundy bottle.

Web Cellars look to have the cheapest offer I can find, at $170 for a bottle or just shy of a bag of sand for a case. It’s products like this that make me wish I could buy wholesale…

It is only surpassed in the range by Don Julio Real, which undergoes the same distillation but is Extra Añejo, aged 3-5 years in American Oak. They also handpick estate grown agave for the Real, a claim that is not made for the 1942.

I can’t wait to try the Diageo Sangrita Ritual drinks tonight. I hope that someone makes it through with one matched with 1942…

I mentioned yesterday about the upcoming epistle on punch by David Wondrich. Today I stumbled on the cover artwork on Amazon.

While the book is yet to be released, you can pre-order and if you live in the US you might even be able to score a copy when it hits the virtual shelves on November 2nd. Antipodeans will have to wait a few days longer or pay a few dollars more.

For now though, you’ll have to make do with the text on the cover:

Punch, the delights and dangers of the flowing bowl.

An anecdotal history of the original Monarch of mixed drinks with more than forty historic recipes, fully annotated. And a complete course in the art of compounding punch.