Sometimes, being involved in charity work means waking up early, exercise or something outside of the general terms of reference for many of whom drinking and a good night out are clear winners in the pastime stakes.

Luckily, Bacardi have team up with Madame Brussells to deliver a tasty event that is all for a good cause. Climb the stairs tomorrow night for some pink drinks a good time and the type of cackling, throw your head back laughter that can only be found on the best astro-turfed balcony in Melbourne.

6-9pm. Tuesday the 15th of November at 59 Bourke St. $40 donation a requiremnet of entry. Auction to follow. 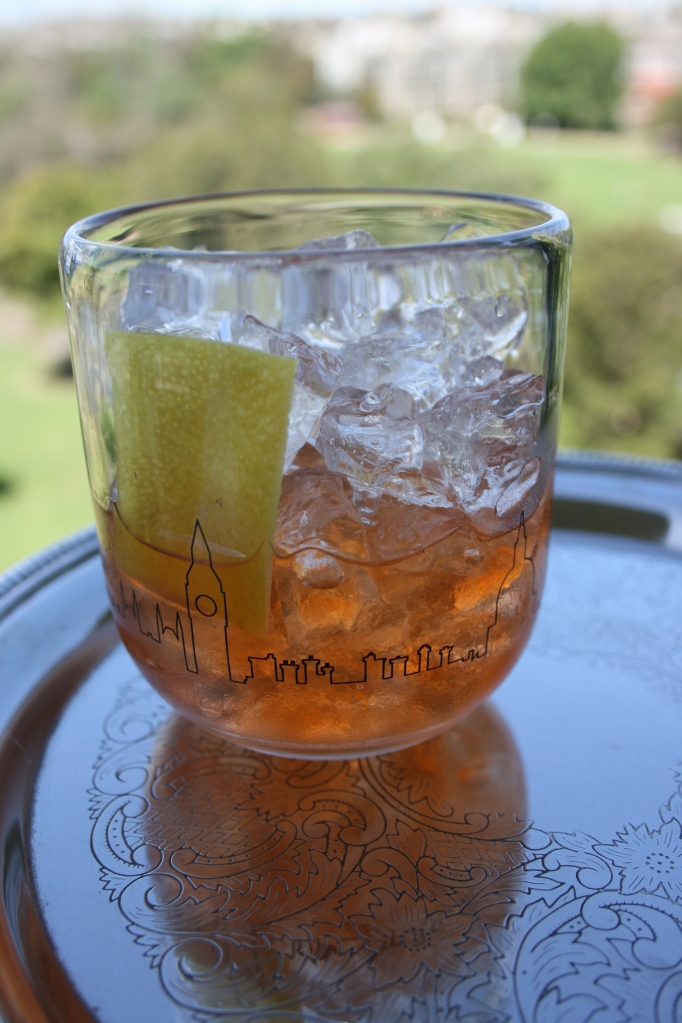 Another old drink I’ve been enjoying lately is the Pink Gin. The drinks is made with Gin and  bitters from the House of Angostura.

Angostura Bitters began life at Angostura,  literally a narrowing of the Orinoco river that holds a city known later as the Bolivar city. The bitters were ‘discovered’ by Dr Siegert, a German following the original South American freedom fighter, Simon Bolivar. Most of the well researched sources I’ve found suggest that the good doctor probably borrowed heavily from the indigenous medicines of the area. The business moved to Trinidad and Tabago in 1876, where it has based production since.

The bitters were found to have some value as a sea sickness tonic by the Privateers and members of the British Navy, who took them back to their home port and source of Plymouth Gin.

There are many variations of how the drink should be served. From a single dash, stirred with Gin and strained up in a martini glass to four dashes, two pub shots of Gin lengthened with tonic. I would guess that the original would have held only Gin, a healthy dash and some brackish water to lengthen a beverage on a vessel that would only know ice in the arctic.

Distillation has come a long way since then and after diligently working my way through a number of variations I can say only how I like it. Unsurprisingly the recipe I have had most luck with belongs to the muse of my blog, Kingsley Amis. He didn’t probably use as much ice as I have and he always complained about squeezing the zest of citrus for oil, but I think it makes the drink. He suggests Booth’s or Plymouth, having neither, I have tried it with Tanqueray, T10, Beefeater and South. South and the export Tanqueray produced the best results.

Fill a glass with ice and dash six good belts of Angostura over the cubes. Add a good belt of Gin, the photo is a little stingy so say 50 mls. stir the mixture to soften and meld the two together. Take a postage stamp sized piece of lemon rind and twist it over the glass. rub the rim to lift the taste just a little more.

If you’re serving it to guests, a little jug of tonic or soda to handle those who don’t like their spirits quite so neat.