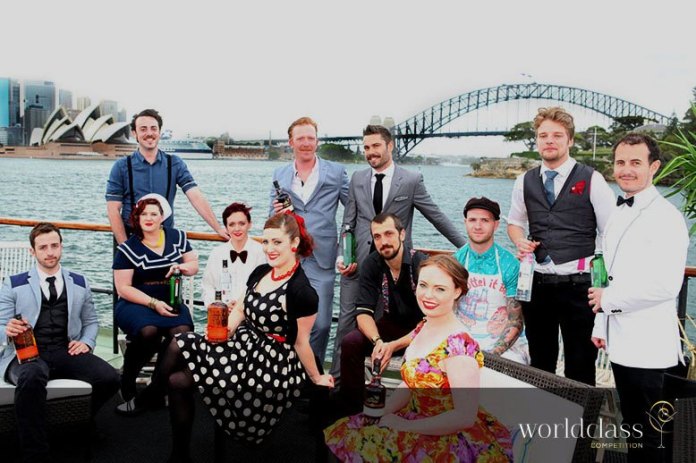 The World Class summer round  came to its conclusion  with 12 bartenders from around Australia as is fast becoming tradition, on a motherfuckin’ boat.

The overall quality of the drinks, the presentations and the event itself had stepped up from the previous year, and the addition of the American Cocktail with Bulleit Bourbon was simply the tastiest damn thing ever.

I wrote a couple of months back that Diageo have put up a hundred grand for the Australian winner this time around and you could see that the call has been answered by the bartending community with some well thought out drinks that certainly bring the brands to life in the mouths and minds of drinkers.

There were plenty of standout drinks, but this is a post about winners, and the folk who’ve done enough to be in the running for the big prize.

First up, let’s talk favourites, and mine was the Modern Love cocktail from Luke Ashton, of the Roosevelt.

The use of a unique acid (extinct Phosphoric), the ability to customise the drink in the masculine or feminine, the allusions to the perfume industry and the techniques in common with the botanical production of modern Gins like Tanqueray 10, the glassware and technique on a rocking boat were all great. I’m not sure it had the boozy hit or history that the rat pack category was meant to elicit but rolling the hint of Parfait Amour around my mouth I’m not sure it mattered. 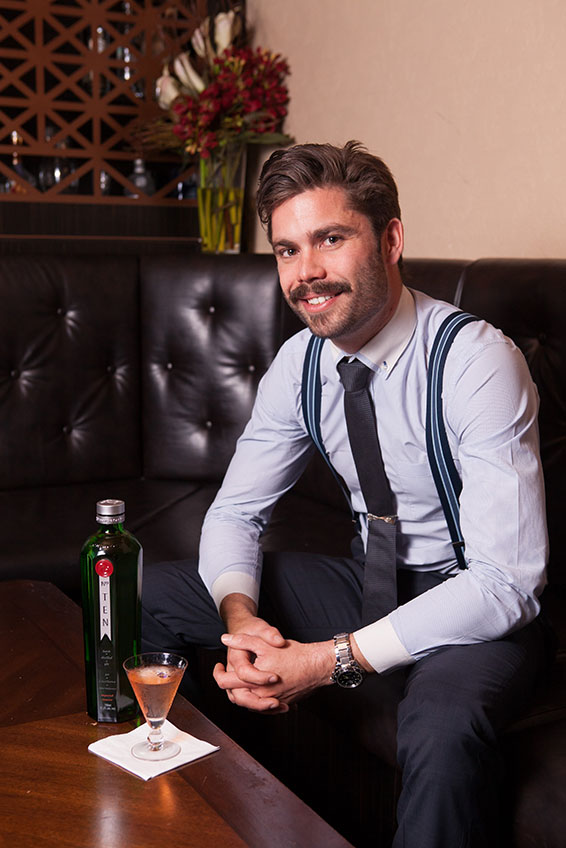 Next in line, Jessica Arnott from Portneo with her rockabilly twist of a drink, 1956.

A bottled cocktail and very much on trend, with a real connection to the essence of the venue she now manages, the drink comes either as a tasty Old Fashioned or optioned up with a series of upgrades. The ginger beer and dulche de leche float was a cute idea that would have shifted drinks in venue, if being a little long for my own slightly more boozy tastes. Jess has stepped it up from last year and I can’t wait to see her shine in the finals next year.

The Ron Zacapa After Dinner Drink was taken out by Christian Blair from Eau de Vie in Sydney. A gorgeous looking serve that managed to still taste of dreamy boozy goodness despite the load up with creamy additions. Christian had a good confidence behind the bar booth boatside, and it’ll be good to see him shine in the extended format at the finals.

Which brings me to Krystal Hart from Canvas in Brisbane. The story behind the Beholden Martini was tight, connected to the brand but not just a retelling of the Nolet story, I’m also a sucker for a meat garnish and the pickled herring was unexpected but totally refreshing after 10 or so drinks on a less than mirror glass flat Sydney Harbour. She’s gained a lot of confidence since last year, and she’s got a creative flair that will make her a real contender come finals time.

While the quality across the board was better than last year, I’m not sure there was a Tim Philips amongst them. That said, none of these guys have had the benefit of being exposed to the Global Finals and the knowledge of just how good the other bartenders who will be travelling (potentially to San Fran?) from their home countries for a shot at the title and the benefits it confers.

There aren’t any bad drinks at that global level, just great, really great and insanely great ones. It might have been the cash prize on offer but it seemed like the nerves were heightened at a few stations round the room. In Rio, all the competitors could stand behind an unfamiliar bar, with a  TV camera in their face and an absolute fucking bartending legend sitting in front of them, and make it feel like it was their bar, performing a comfortable, confident shtick while banging out a tasty beverage.

I’d also love to be surprised a bit more. The training program that Diageo has in place is insanely and award-winningly great, but I wonder how much the tasting notes and trainings are pulling people into a very samey set of flavour profiles in terms of end drinks, all the while using some complex and beautifully crafted spirits.

That said, the only qualifications I’ve got to make the criticism above is that I’m obsessed by great drinks and love to share stories about them. If I learn anything from being a judge at World Class, it’s how far away I am from being able to conceive and present drinks of this standard. It’s not going to stop me from trying, or accepting kind invitations to be involved either.

Also, big props to Diageo and Behind Bars for continuing to raise the bar with this competition, for opening it up to the public to be involved, for backing off the spammy social media that irked a few last year and most of all for believing enough in the creativity, passion and talent of Australian bartenders to put up 100k for one of them.

The Gourmantics have got some great photos of the consumer part of the event here.