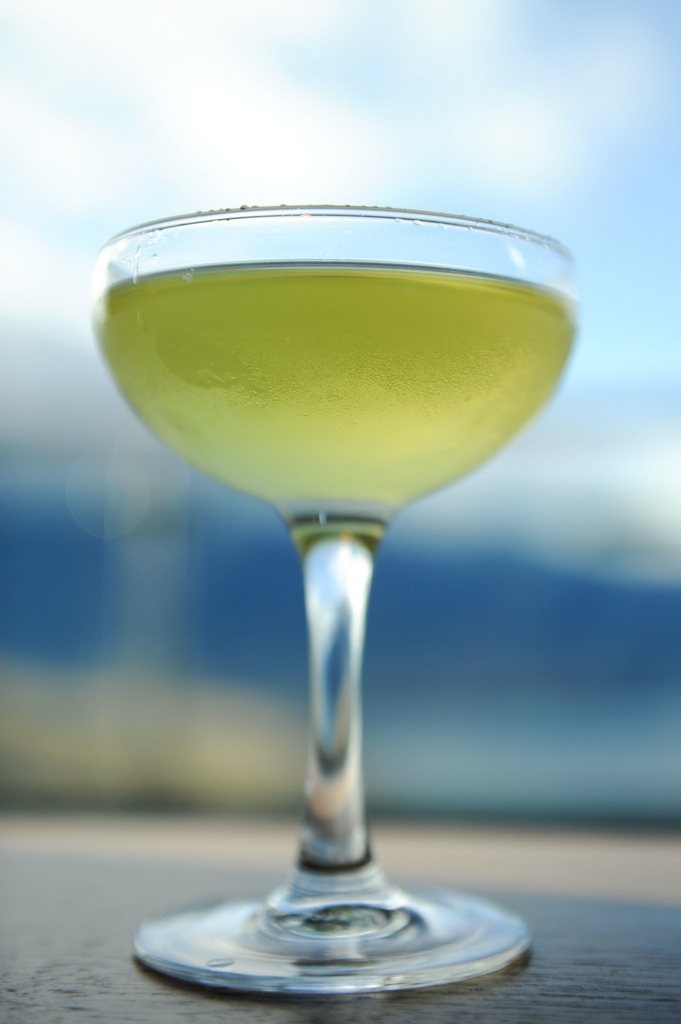 Jim Meehan, owner of PDT in New York, doesn’t like vodka. That makes him at the very least a very strange choice for a judge at a vodka contest.

Making cocktails in front of a tired but extremely interested crowd of the best young talent from behind bars around the world, Jim said the hatred that bartenders had for vodka as an agent of erosion of the skills, craft and taste of cocktails is quickly becoming a thing of the past. People like having great drinks, they’ll drink Gin, Tequila, Genever and not blindly ask for a replacement with the neutral spirits.

This drink was introduced as the one that had to be made to get Jim down to NZ, but for a Honeylover, it’s something quite special.

The Tao of Pu

Shake, strain and serve up.