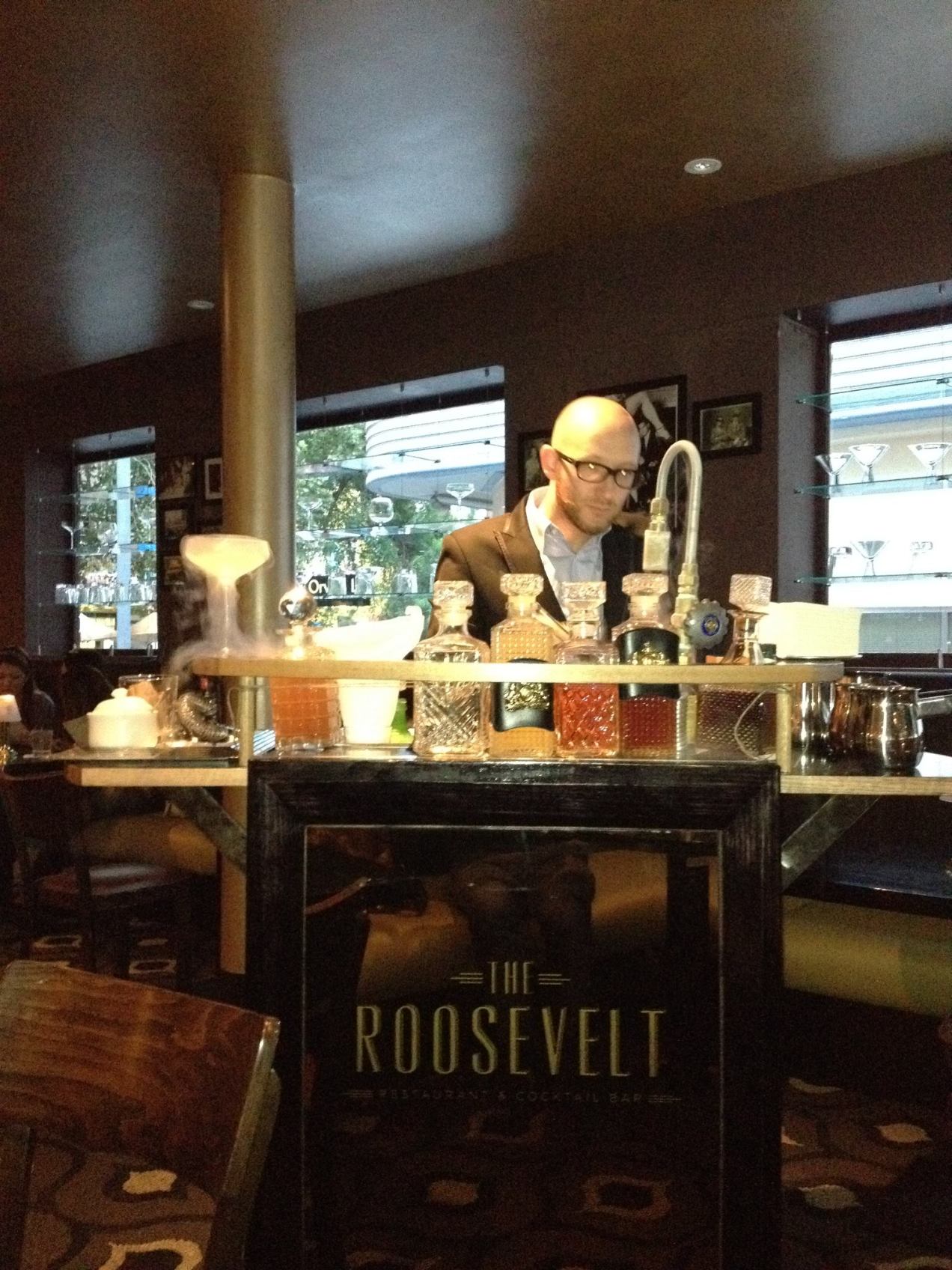 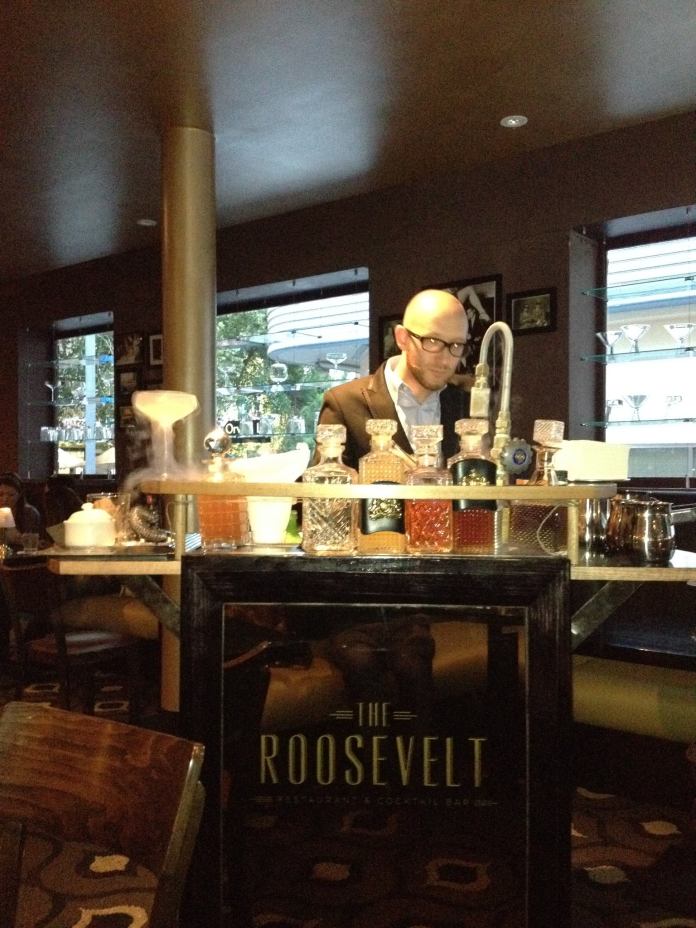 When Sven Almenning launched the 1930’s style speakeasy in the troubled back space of the Kirketon Hotel on Darlinghurst Rd, I’m sure a lot of folk thought it, like it’s predecessors, would not be long on the Sydney scene. Instead, Eau de Vie set a new standard in cocktail bartending and service in Sydney and for the Australian continent as well. You no longer even have to trust the jaded hacks and bar bloggers like me, with an award from Tales of the Cocktail (the world’s leading cocktail and spirit event, if you didn’t know) as the best new cocktail bar on the planet and an outpost in the spiritual home of Australian drinking quality, Melbourne.

The best news yet? Team Eau de Vie is at it again.

The last ten days has seen the doors swing open on The Roosevelt, a welcome addition to the small but well formed drinking scene round the corner from the Cross in Potts Point.

Where the original venue was entrenched in the 1930’s, this new iteration references the 1940’s. It was a decade when women kicked off their shoes to host American troops, while their own men were fight for freedom abroad. It was the decade that marked the first racing of the Sydney to Hobart. It was a decade where Don Bradman scored his 100th century playing the Indians. Crime figures prospered from the moneyed up Yanks and the celebrations as a country found its feet and slaked its thirst again.

The venue takes its name from the flagship nightclub of Kings Cross Personality, Abe Saffron. The interiors reference Hollywood glamour more than Sydney’s history, with glass cabinetry showcasing the impressive collection of shakers and equipment that Sven has collected over the years.

The drinks list is small but perfectly formed. The style builds on the “cocktails you can’t make at home” ethic of the original Eau de Vie, with the delivery spec being taken up even more notches. Try the Roosevelt Refashioned‘s, smart tweaks on the trusted classic. #2 rests on a midori-esque mint ball that stretches and complements the bourbon and creme de peche wonderfully. Share Al Capone’s smugglers crate, which arrives at the table in, well, a crate. Smoke it up with a Dead End, served in a stunning art deco flask. Throw caution to the wind with a Nitro Colada or one of the other pearls from the roaming nitro trolley (pictured above)

Don’t fall in love with the cut crystal decanters that house almost every spirit in the place though, Amber Almenning is pretty sure her husband has bought every piece of available stock in the lucky country, but it does make stading at the bar that little bit more pleasurable. (Interestingly though, this is very much a lounge, the bar is a service area, sans stools, and the real action happens seated in the cosy booths.)

All that hopefully should convince you to go and immerse yourself in some of the city’s best drinking. The most well travelled amongst you will know a bar is defined by its concept only if the people that work there are up to the task. Happy days then, that Barry Chalmers, the charming (heh) Caledonian host who helped with the establishment of Eau de Vie and bedded down a strict but entirely worthwhile adherence to a spec which calls for nothing less than perfection. It’s great to have him back.

The hidden gem of The Roosevelt is through the door and out the back. Twin islands dominate a room established purely for the sport of cocktalian degustation. Accomodating 15 guest a piece, these tables will deliver on an idea that has been much vaunted around the world and only very rarely pulled off. Given the success this team has had at Eau de Vie and now in Melbourne, if anyone can it will be this lot.

Tickets will set you back $150 for five cocktails paired with five courses. I’ve seen other writing about the fact you’ll need to put a card up and pay in advance. While the practice is sure to raise some eyebrows, it should help ensure that the idea manages to make it from a good concept into a going concern.

If the food I tasted out the front, the standard and innovation involved will be something very special to behold. I understand that tonight is the first night it will be open to the public but you can call Barry on 0422 263 226 or email him on barry@theroosevelt.com.au to find out for yourself.

Absolutely the must try venue of 2012.