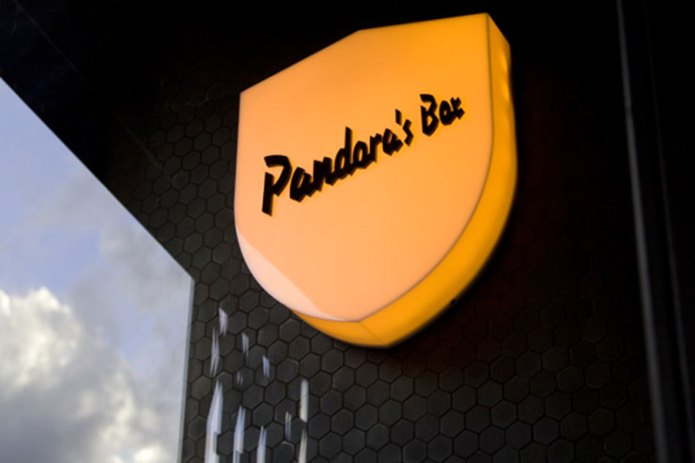 Hope is the only good god remaining among mankind;
the others have left and gone to Olympus.
Trust, a mighty god has gone, Restraint has gone from men,
and the Graces, my friend, have abandoned the earth.
Men’s judicial oaths are no longer to be trusted, nor does anyone
revere the immortal gods; the race of pious men has perished and
men no longer recognize the rules of conduct or acts of piety.

When Pandora opened the box Zeus had entrusted her with, one of two things happened; all the evils imaginable were let loose upon the world, or, as Theognis of Megara so elegantly put it, all the virtues of men escaped. Now many people think the box a symbol of loss, but there is one commonality between the two stories outlined above: that Hope remained inside, hope of virtues return perhaps? or simply that blind hope for all things best. Pandora’s Box then sounds like a pretty great place to be.

Tucked a hop, skip and a jump down Duke St, off Melbourne’s Chav shopping mecca of Chapel St , lies this Pandora’s Box. Four walls filled with hope, a great tapas menu and a simple list of drinks on offer.

Anywhere that has a Corpse Reviver No 2. on the list is ok by me, and backing that up with a Buffalo Trace Sazerac, a Tommy’s and a French 75 takes things way past ok into great territory. Probably not a place if you’re looking for cocktail fanaticism, but if you want a fine drink and some food to match coupled with some great service courtesy of Winter and her team.

One thought on “On Tour: Pandora’s Box”